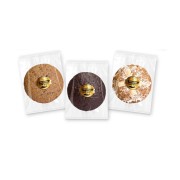 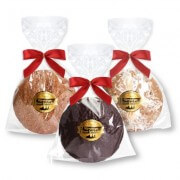 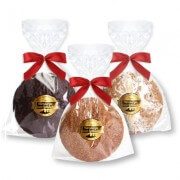 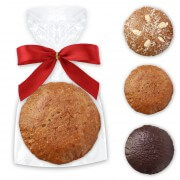 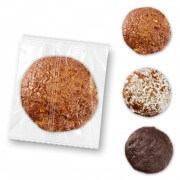 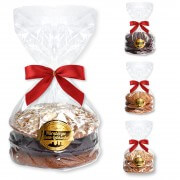 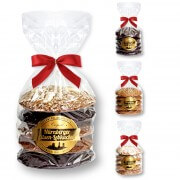 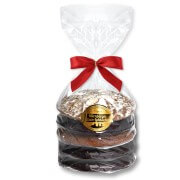 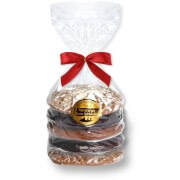 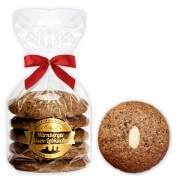 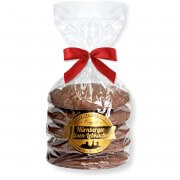 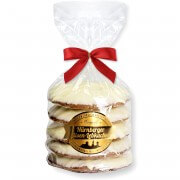 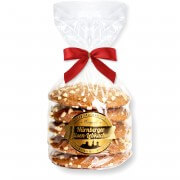 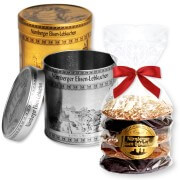 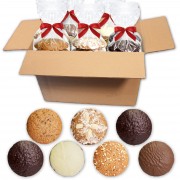 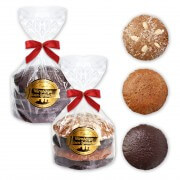 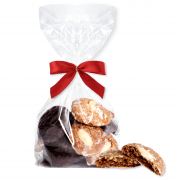 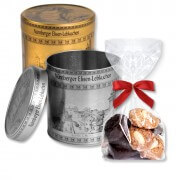 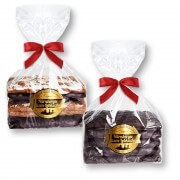 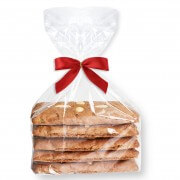 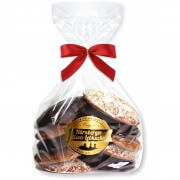 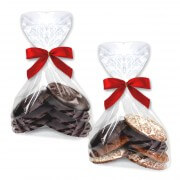 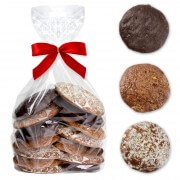 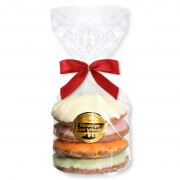 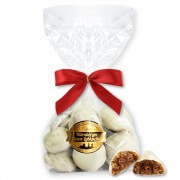 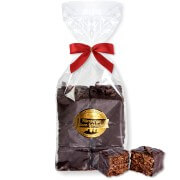 ### To the category ### Nuremberg Gingerbread customized
To category
1

In addition to cookies, cinnamon stars, dominoes and Christmas stollen, the Nuremberg Elisen gingerbread is a particularly popular Christmas biscuit. But where do the delicious pastry specialties come from? According to old records, the first forerunners of gingerbread already existed in antiquity, but the history of Nuremberg gingerbread begins in the late Middle Ages. Initially, gingerbreads (pepper was the collective term for all spices at that time) were only prepared and consumed in Franconian monasteries, but the first gingerbread bakers outside the monastery walls were mentioned in documents as early as 1395. But why did the imperial city of Nuremberg - today also known as the Nuremberg Metropolitan Region - become the birthplace of Elisen Lebkuchen?

Nuremberg - the origin and city of Elisen Lebkuchen

If you look at the history of Nuremberg, it quickly becomes clear why a "gingerbread city" came into being here, because the metropolitan region was characterized by several important factors that are fundamental for the pastry specialties:

Nuremberg history - the intersection of important spice trade routes
On the one hand, Nuremberg experienced an enormous economic boom in the Middle Ages, as today's metropolis was the intersection of several important trade routes. If you take Nuremberg as the center, the trade routes spread out in a star shape in all directions. It is therefore no wonder that the city quickly became a hub for all kinds of rare and exclusive goods. This of course also included the precious and exclusive spices urgently needed for the gingerbread, such as cinnamon and aniseed.

Nuremberg Reichswald - The source of honey

At that time, honey was at least as important for Nuremberg gingerbread. This was used in the Middle Ages as a universal and relatively inexpensive sweetener for all kinds of recipes, because cane sugar was almost unknown and priceless at that time. The geographical location plays a decisive role for beekeeping, because in addition to the excellent climatic conditions, the city is also adjacent to a huge imperial forest. Supported by special imperial rights, the Zeidler (this is how beekeepers were called in the past) were able to obtain a lot of honey from the Lorenzer Reichswald, which was also called “the bee garden of the Holy Roman Empire”.

But politics and society also helped Nuremberg gain the title of Elisen Lebkuchen City, because in 1487 the then Emperor Friedrich III held a Reichstag in Nuremberg. To celebrate this, he had over 4,000 gingerbread made according to his face and distributed them to the Nuremberg children.

In addition, the Nuremberg gingerbread bakers wanted to distance themselves from the classic bakers relatively quickly, which is why they tried again and again over several decades to become their own guild. This was then approved in the 17th century, and the Nuremberg gingerbread bakers agreed on a precise ingredient limit for their pastries. However, the exact recipes are a closely guarded family secret. Today the most famous manufacturers of the original Nuremberg Elisen Lebkuchen include - in addition to our own brand Lebkuchen-Welt - "Lebkuchen Schmidt", "Lebkuchen Weiss" and "Lebkuchen Wicklein". Gingerbreads are often used in decorative gingerbread boxes and gingerbread chests as gingerbread gifts.

Nuremberg gingerbread - its types and differences

All these special events led to the fact that the term “Nuremberg Lebkuchen” was registered as a geographically determined designation of origin in 1927. In addition, the term has been protected throughout the EU since 1995. Only pastry specialties that were produced within the city limits of the Franconian metropolis may also be called "Nuremberg gingerbread"!

However, this entry only protects the place of production and does not indicate anything about the quality of the pastry specialties. This depends on a decisive factor; the nut portion! As a rule of thumb, the higher the proportion of oil seeds and the lower the flour, the higher the quality of the gingerbread. The individual quality grades, which are essentially based on the nut content such as walnuts, hazelnuts and almonds, have also been legally registered names since 1991. For this reason, many people associate the round wafer gingerbread with chocolate coating or sugar icing with the expression “Nuremberg gingerbread”.

Another typical Nuremberg gingerbread is the finest Elisen gingerbread. This pastry specialty may only consist of a maximum of 10% flour and the nut portion must be at least 25%. However, only hazelnuts, almonds and walnuts are allowed here! The particularly high-quality, finest Elisen Lebkuchen, such as those from our own brand “Lebkuchen-Welt”, even completely dispense with flour.

To get an overview of the differences and qualitative properties of Christmas cookies, we have created a small table for you. This shows the individual gradations of the pastry specialties from simple wafer gingerbread to the finest Elisen gingerbread:

Nuremberg gingerbread recipe to bake yourself

You will need the following ingredients:

The preparation is very easy:

Put all ingredients in a saucepan and mix well. Put about 2 teaspoons of the mixture on 1 wafer and smooth it out with a knife. The gingerbread blanks rest on a baking sheet for about 6 hours and allow to dry out. Then bake for about 12 minutes at approx. 200 ° C. After cooling, glaze with chocolate or icing as desired.